One guitar after the other, it feels like i’ve been at it for months; a few years, maybe… But the cold and dry calendar tells me i’ve actually past 25 years from my first guitar!

To give myself some pause and break the routine, i designed and completed an instrument that is both the expression of my career so far and a look forward to what i intend to develop in the future. 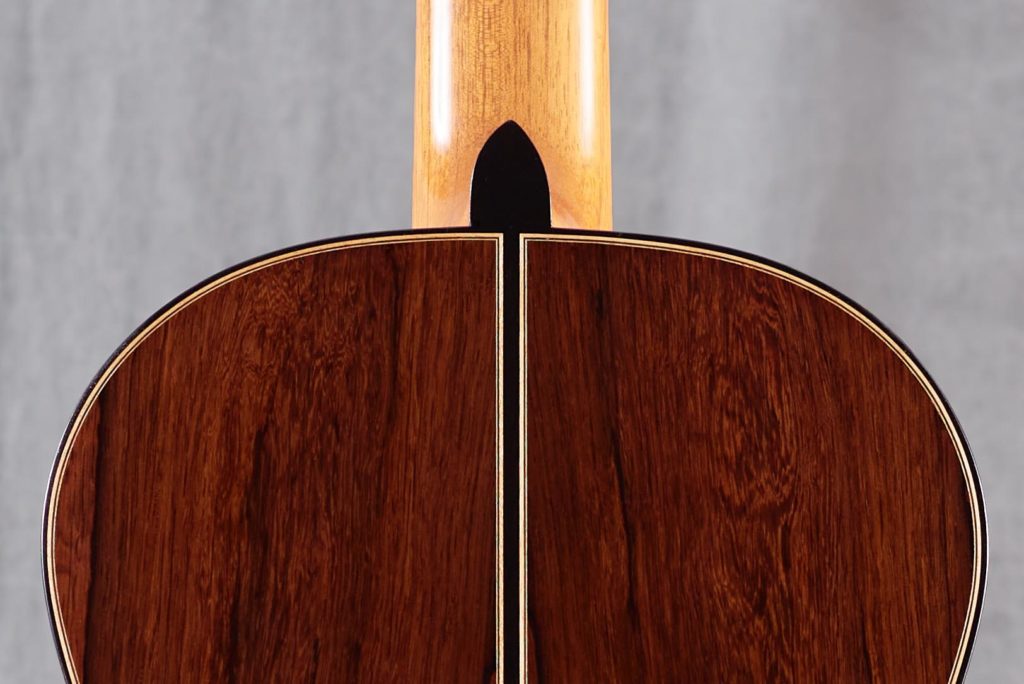 While refining the instruments in a fairly traditional form during the last 20 odd years, i had several ideas for changes in the structure and the construction process. With the limited time and resources available to an individual artisan and the need to fulfill customer’s orders and expectations, procrastination tends to set in.

In 2019 i finally resolved to start the development and construction of a guitar incorporating many of the structural changes i had envisioned for a while; it would also serve as the base for adding further elements that would make much more sense on this new platform. The rosette is a new design, defining the meaning of the occasion.

The foundation of this new design is to build and assemble neck and fingerboard differently, still in the traditional Spanish solera. This traditional method has many advantages, yet has limitations too; enabling very precise alignment of neck and body it also produces a remarkably solid and stable union of both, much more so than making neck and body separately and joining them with a dovetail, a spline or other means. At the same time it is harder or next to impossible to have a perfectly straight surface from nut to soundhole to glue the fingerboard on. 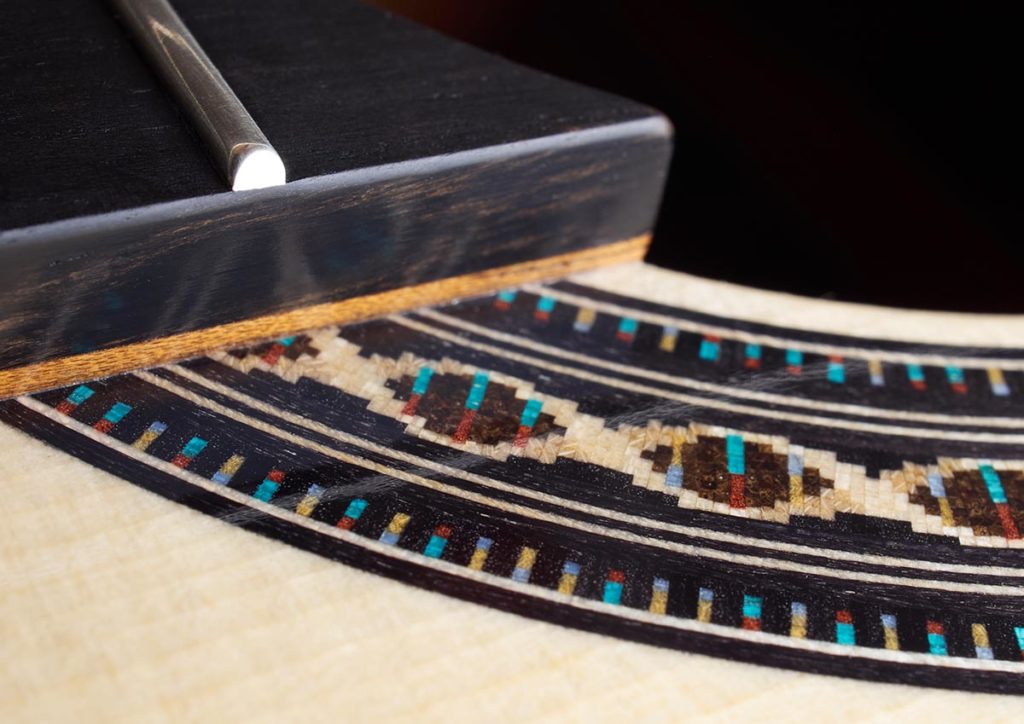 In this new design, i can prepare such a straight surface  before gluing the fingerboard, allowing for several improvements not possible in the traditional method.

In part II i will got into more detail on the rosette concept, design and meaning, while on part III i will describe the structural changes and construction procedures.